When Hope Runs Out 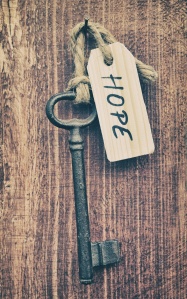 As we walk around the town marketplace, having encounters and conversations with many different people, I begin to see common patterns. Loneliness, fear, rejection, pain, and lack of hope.

Often physical illness is combined with past or present emotional trauma, causing people to feel hopeless about the future.

“My Life is Over”

We listened to Graham for some time, as he told us about his various health problems and his life story. At only 62, he was full of regrets, telling us his life was over.

Graham shared with us that he had an abdominal aortic aneurysm, and if this ruptured, it could be fatal. Surgery was possible if the aneurysm grew slightly larger, but it was a risky operation, and Graham seemed convinced he wouldn’t survive it.

Graham was willing for us to pray for him, though he didn’t appear to have much belief that it would make a difference. His whole attitude was that of a man who felt defeated and without hope.

After praying, we talked with Graham for some time, listening and offering encouragement. As we left, I handed him one of my cards, so he could get in touch again if he wished, and I told him I would continue to pray for him.

Seeds of Hope and Faith

Graham has contacted me a few times since. We ended up putting him in touch with someone from a local church, who has been able to meet up with him and offer friendship and ongoing support.

As far as I’m aware, the aneurysm hasn’t yet shrunk or gone away, though I continue to pray for complete healing.

However, seeds of hope and faith have been planted in Graham’s life. He no longer talks as if his life is over, but sounds much more positive about the future.

“Million to One Chance”

In his last text, Graham told me he had just met a man who had successful surgery for an abdominal aortic aneurysm. He was so pleased to have personally met someone who had been through this procedure and lived. This gave him hope. Part of the text read:

“I know you have been praying. The chap I met was fate, million to one chance to meet him, the answer to your praying. Jesus of Nazareth telling me that I’ll be ok, I reckon.”